Urban landscapes: Reaching for the sky

I haven’t published an urban landscape photograph for months because I haven’t done any work like this since September. But I’ve returned to it with a vengeance recently and this fabulous modern architectural design is one result. I created a black & white version that’s even stronger than what you’re seeing here, but it doesn’t show up so well against the very dark web page. (You can see that version, however, here: http://500px.com/photo/22589535). Nikon D90, tripod, polarizing filter.
This 37-story, 500-foot tower was completed in 1982. Its prime tenant is Nexen, an energy company that was just bought by Chinese National Offshore Oil Corporation, which is controlled by the Chinese government. The sale was quite controversial and it took months for the Canadian government to approve the deal. In fact, Prime Minister Stephen Harper said it would be the last sale of a major Canadian energy company to a foreign, state-controlled entity except under exceptional circumstances.

Want to buy any of these photographs? Email me and I’ll make it happen! (fdking@hotmail.com).

Check out my coffeetable book, “MOMENTS OF LIGHT: Thirty Years of Photography”: http://bit.ly/JTNnMX 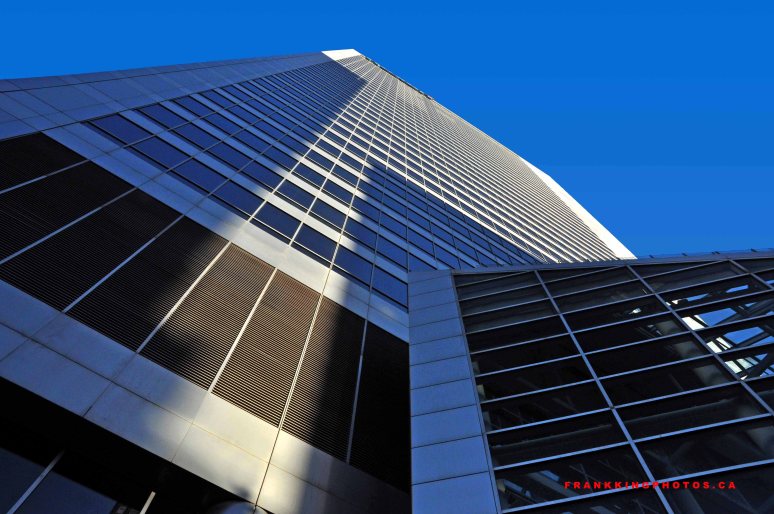 4 thoughts on “Urban landscapes: Reaching for the sky”

This site uses Akismet to reduce spam. Learn how your comment data is processed.